Alright so again, long break from the site, lots of stuff to do!! But anyway, I was just going back, and I just realized why I made the original YM Yoda. It was this post http://origamiyoda.wordpress.com/2011/04/07/cool-new-origami-yoda-design-by-unknown-kid-starwars/ I completely forgot that that was the whole reason I even TRIED to make a design for that, and to this day, I really don’t think whoever made that Yoda even got credit for his. Apart from that, the YM stuff is coming in the summer, but later in the summer, as there is lots of folding and other work to be done. It’s bad enough I actually have to MAKE a whole video game for school (not fun!!), and I’ve been so caught up in gaming and next-gen systems (Xbox One) and other stuff like that. But anyway, I’m starting to fold some more, I even made some Yodas in my art class for the heck of it. This summer’s going to be the time where I get out the most stuff I can juice out. And who knows? After Fall, the last book is supposedly ending the storyline (unless we get a cool spin-off which I know everyone wants). So that’s that. Stay tuned (AGAIN) for more details on upcoming projects.
-Yodamaster 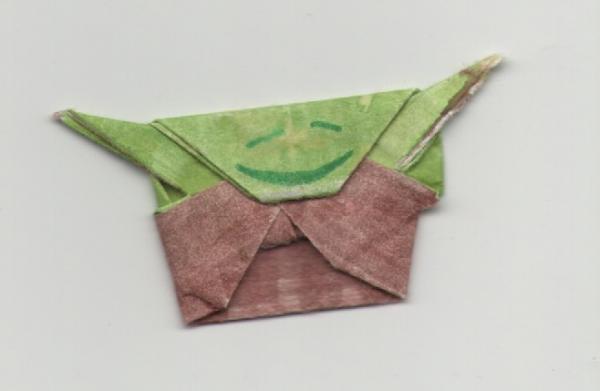