Why I should be the leader of the I-ready rebelion

I was the first person to have an idea for how to take down I-ready Mabey the only one. Comment fizzpop if I’m wrong. Second is that I have lots of free time on my hands. I post pretty much daily unless I don’t have anything good to post. I have a goal to remove I-ready from all of our schools by the end of the year. I know it sounds a little far-fetched but why not? I really want to succeed and will not stop until we are done. If greedobro_9 wins then it will mean that he is more fit for the job than me which is good because then the I-ready rebellion will have a better leader.
Ps. on my most recent post of Ashoka I said there were videos but the site can’t handle files that big so I’ll try to post a link to the videos instead of putting them on the site. 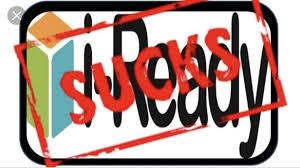