This is a pic of my origami Ep 7 Luke Skywalker on the [SPOILER ALERT] watery planet with grassy islands when Rey finds him at the end of The Force Awakens movie. [END OF SPOILER ALERT] Hope u like it! 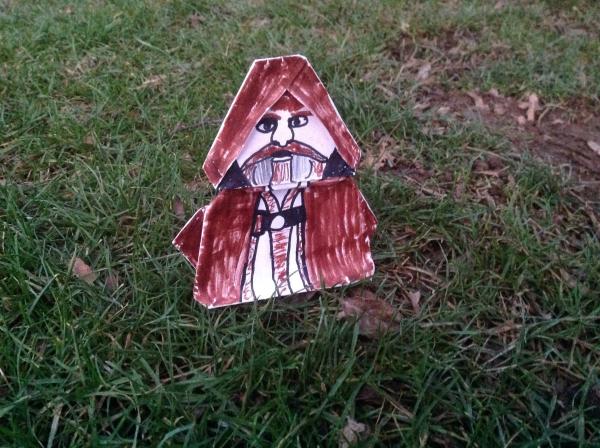