Last night, I watched my second R-rated movie, “Terminator 2: Judgement Day” for the first time. My first was “The Terminator.” I made these two puppets of Arnold Schwarzenegger and his Endoskeleton in honor of watching the movie. Unfortunately on October 8, Terminator 2: 3-D at Universal Orlando Resort will close just like the one at Universal Studios Hollywood did in 2012. I love the special effects in that movie. On August 25, 2017, the film was re-released exclusively in RealD 3D and at AMC theaters. Hopefully I will get the Skynet Edition on Blu-ray for Christmas. I’ll be back! 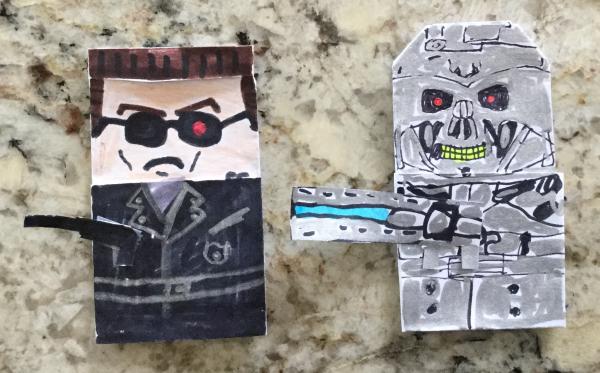