Some people wonder what does each lightsaber colour mean? Or how many colours of lightsabers there is? Well here is your answer.

How many colours are there? 11 colours

What do they mean?

Yellow = To keep the Sith away and to patrol the galaxy Users: Plo- Koon and 3 others

If you had a lightsaber what type would it be? Would it be curved? Strait? Double Sided? Single sided? What color? Tell me in the comments below. 🙂 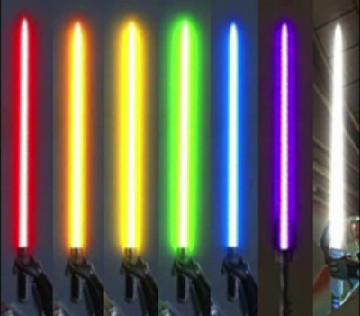