This is my Origami Yoda. I posted it two years ago, as my second post ever. Since then, I have taken him to school almost every day, and he has given advice. I seriously believe in him now. Tom, I want to thank you so much for a few things. First, for writing your series. I never would have discovered origami, or truly appreciated Star Wars, without your books. Second, thank you for allowing me to write my Expanded Universe book. It’s a fun project, a pleasure to work on, so thank you so much for allowing it to happen. Third, thank you for working with Webmaster Sam to create this site. Some of the people I know in real life, are people I connected with because we were both Super Folders, FoxyThePirate1987, for example.
I wanted to ask a funny question. Most authors do book signings, but, since you wrote Origami Yoda, do you do Origami Signings? It would be a funny idea, to make a whole lot of people laugh. 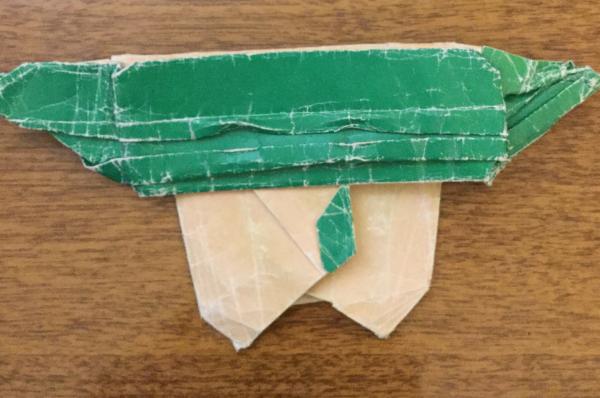