Paperback Q and A

I just got the paperback version of the Strange Case of Origami Yoda and I’m totally feel wafflicious! So I decided to write down the questions in the book and give my thoughts to the answers.

Q1. Do you believe in Origami Yoda? Why or why not?

A1. Of course I do! he’s saved me once or twice from complete and shear embarrassment in soccer before! and that’s when he was just in my pocket. Also, both me and my friend pull information from our yoda’s almost every day now.

Q2. Would you ask origami yoda a question? If so what would it be?

Q10. Which student in McQuarrie Middle School would you be? Why?

A10. Dwight, and this is not just because he’s the one who wears Origami Yoda, but his story is a lot like mine. Like Tom Angleberger, I have Aspergers (I know what you’re thinking, “HA! butt burgers!” but bear with me here!) also. It’s a mental disorder that deprives you of social knowledge (such as its wrong to get on the floor and jiggle around on a spill you made and then ask a girl to dance) but because of that, our intelligence levels becomes superhuman. Sometimes I wonder if Tom made Dwight for the Aspergers side of him. Us. The Asperger’s community, so that he could ultimately teach the community that its all right to be different. That’s why I’m like Dwight. I did a LOT of the same things that Dwight did a while back. But my recovery from those events has never been stronger.

Q3. Where did the McQuarrie Middle School and the drawing of bus 3263827 come from?

A3. Look at Acknowledgments, there is a guy who worked on Star Wars named Ralph McQuarrie. That is the person who did the concept art for Star Wars. Now as to bus 3263827, the number refers to the garbage shoot that Princess Leia, Luke Skywalker, and Han Solo jumped in to escape the wrath of the stormtroopers.

This concludes this post, now enjoy this meme of yoda! 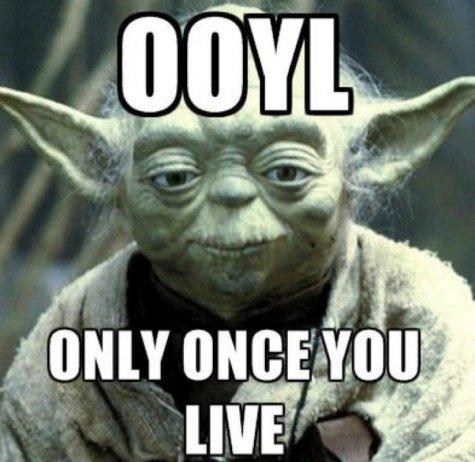