Summer stinks! bye Tommy
In this case file, I’ll be writing down what happened this summer not only did a kid more annoying than Harvey move to my street but origami Yoda is gone. This is a short case file because our summer is only 3 months long. But anyway the worst part of the summer is what Dwight accidentally made at his house… An origami Sarlacc pit! I know what a stupid idea right but so far its already eaten Fold y-one Kenobi! So I and the origami rebellion got together to stop it once and for all 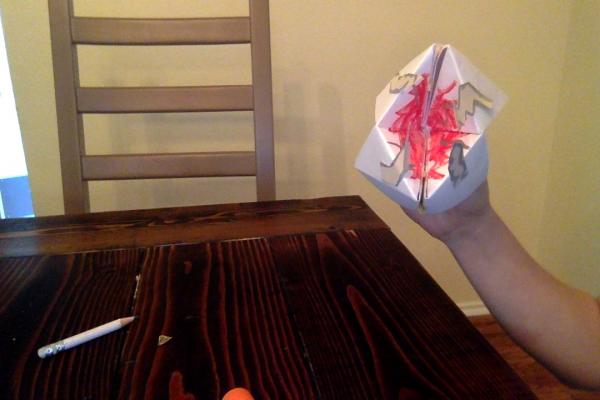