It was the first day of summer. I had a bad feeling about the next school year. I ignored it and started folding a paper airplane shaped like the millennium falcon. I subconsciously wrote my name, address and “SOS” on it. I tossed it out my window, not excepting it to fly far. It kept flying and I got distracted by a squirrel that my dog was barking at. A week later I found an envolope on my bed with a badly drawn Millennium Falcon on the back and the flap said “Mail-lennium Falcon. I opened it— it was unlicked— and out fell a letter and Origami Yoda. I didn’t know about the book series at that time, so I said “ cool! It’s Yoda!” And read the letter. It told me about how he got my paper Falcon and sent me Origami Yoda to “share his wisdom” with my school. He also told me about Yoda’s secret pocket that I could also use as an upside down puppet mode, his duelling mode, and many more secrets of the Origami Yoda. He has been sending me messages in envelopes with Star Wars spaceships drawn on the back while I’ve been sending him Star Wars-themed paper airplanes with messages ever since. On the first day of school, I brought Origami Yoda. In history class, one of the people at my table said “Cool! It’s Origami Yoda!” Like she already knew who it was. I asked her how she knew who Origami Yoda was and she said that she reads the books too. I asked what she was talking about and she said that Origami Yoda is a book series. Later I was teaching my friend Nicolah how to make a pop noise (He had just started to figure it out) when another kid asked if he would be able to do it. The words just popped into my head and I impulsively said it out loud in a Yoda voice: “Always two, there are. No more, no less. A master and an apprentice.” I showed him to lots of people: my best friends at the lunch table, Abi in band, Rebecca my crush, everyone. When I got home, I bought most of the Origami Yoda books and checked the two books that I didn’t buy out at the library. It was shocking, but the biggest shock was when I was reading the last book. They mentioned Micah, the boy who sent me Origami Yoda! I’m running out of time to type so I’ll continue this later. Bye now! 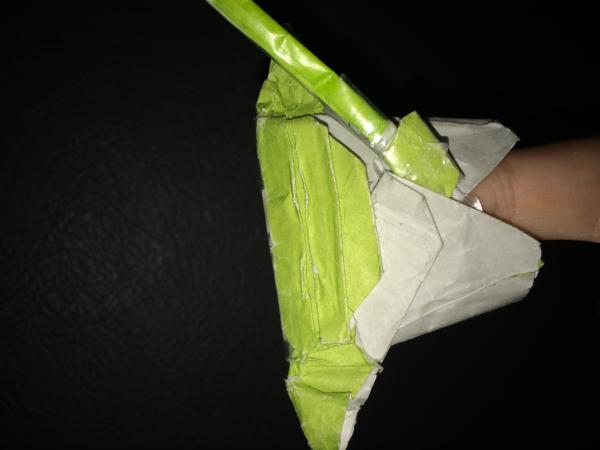