From right to left these are their names: Marion Ravenwood, a henchmen, a bad guy from the Temple of Doom, Short round, the airplane mechanic from Raiders of the Lost Ark, aaaaaaaaaand… Indiana Jones! 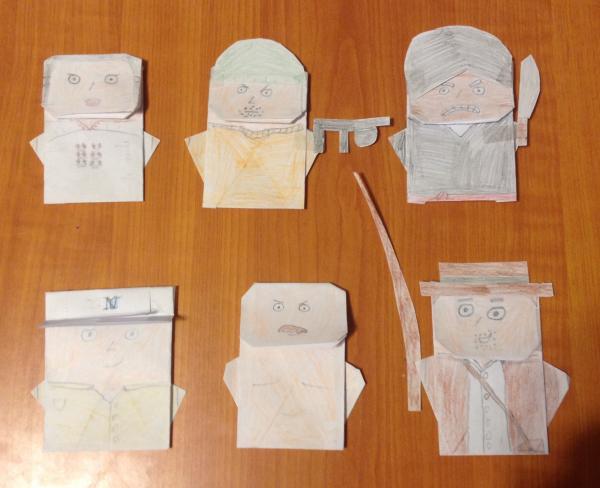