ok guys, here it is the instr. for darth paper
it’s basically the same as the one on the how to fold page but with a pleat at the bottom. So when it says
fold the tip down to the bottom don’t do that fold about 2 inches from the bottom then pleat in the empty space. 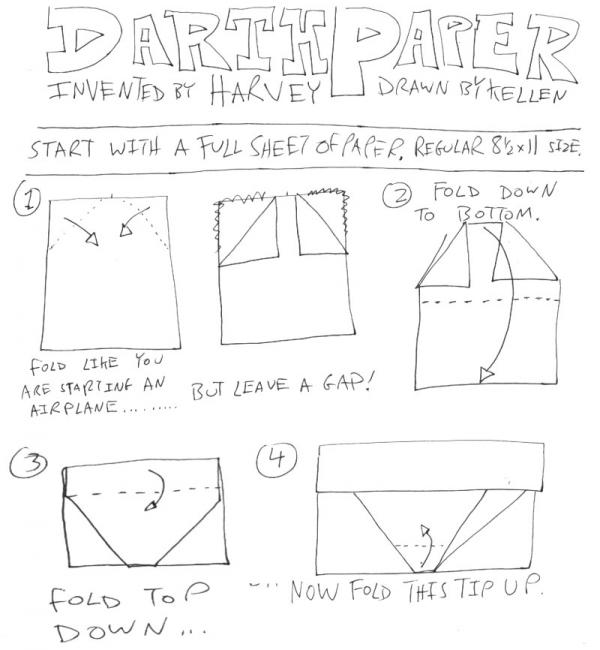 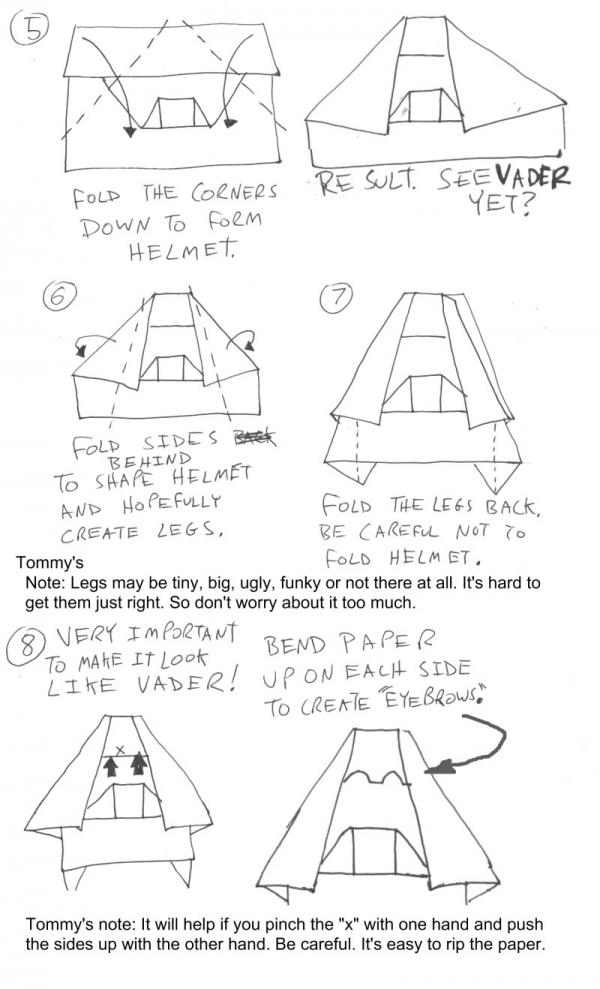