I was trying to make Mace Windu when I made a style that could be anything with a robe. It really looked like Rey’s robe. So I drew her face and made her staff. These instructions are very useful when you’re not even trying to fold Rey! 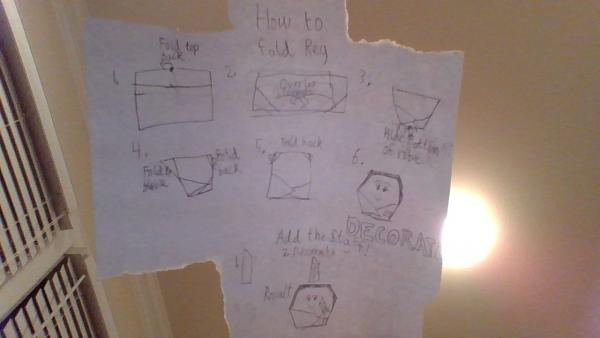