How to fold Darth Malthus

Don’t get mixed up with the steps. Make sure you go in order! (Darth Malgus is from the old republic. 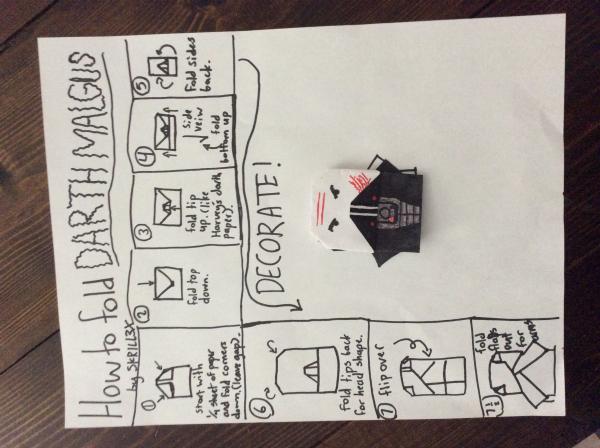