My FNAF theory is that sister location is under the FNAF four house. How do I have proof? I drew a map from the official guide. Not only that, but if you type 1983 on the keypad in the private room, you get camera feed of the FNAF four room. Also, the FredBear plush’s eyes follow you in FNAF four like a camera. STOOKY if you agree, and FIZZPOP if you don’t 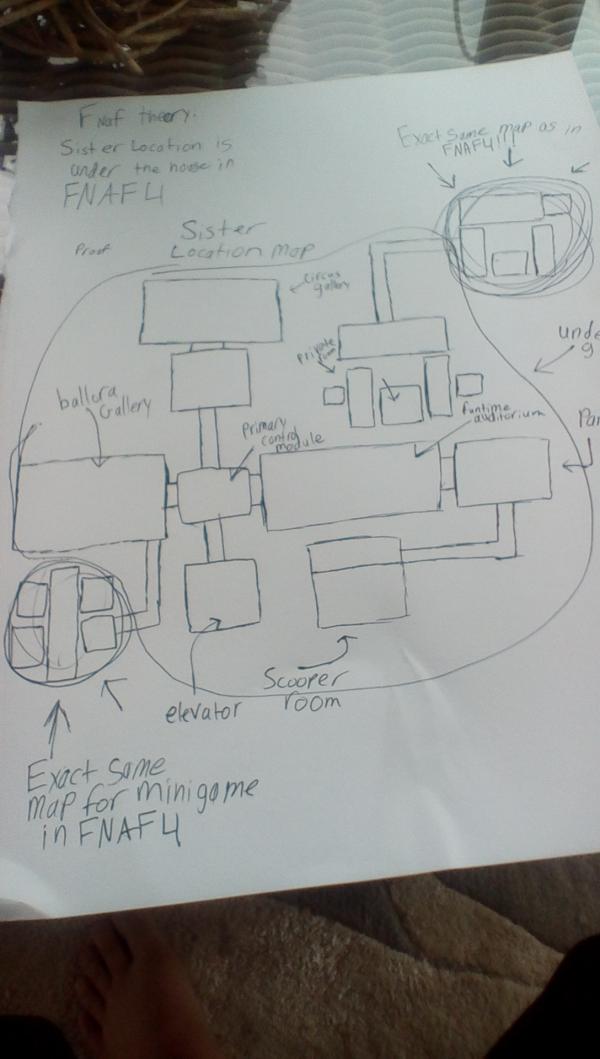