This is the Emperor Pickletine that I made. I used the picture tips from ART2-D2’s guide to folding and doodling to take this picture. 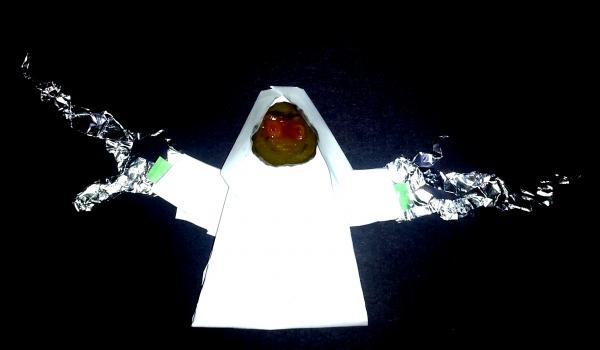