Eddie loves to listen to his personal tunes. This ewok got his hands on a music player and a pair of headphones. Ever since, they have never left Eddie’s side. When he found the music player, a couple of songs were already on it. Eddie listened to them again and again and again until he had memorized all of them. Not only that, he was sick of listening to the same songs over and over. Eddie needed something new. Luckily, he found the record button. Now, he wouldn’t have to listen to those songs, or any songs, at all. Eddie could record anything he wanted: his own voice, his friends’ voices, bird calls (see Daily Ewok #12), and much more. Eddie listened to these recordings for a few weeks, but he soon realized that he really missed listening to music. So, he recorded all of the musical ewoks he could find. Now Eddie can listen to Toby singing (see Daily Ewok #7), Richard whistling (see Daily Ewok #61), and even Crash drumming! (see Daily Ewok #54) Now Eddie will never get sick of his music, he has three talented ewoks writing new songs each and every day! 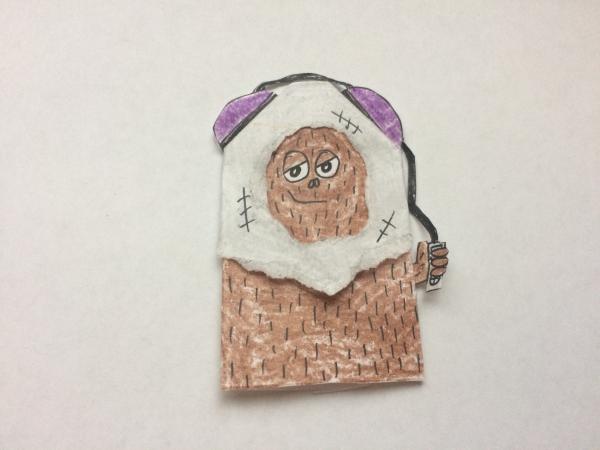