Here he is, the mysterious object that Neil (see Daily Ewok #67) saw gliding through the sky was none other than an ewok named Skoocha! As opposed to traditional ewok hang gliders, Skoocha prefers his own, homemade wings. These ones are made out of leaves, rather than leather. Skoocha climbs to the top of a tall tree with the wings strapped on and takes a big leap of faith. The first time he did this was kind of scary, he really had to trust that the leaves and his handiwork would hold. They did, and Skoocha was not disappointed. The thrilling rush that fills him during flight is incomparable to any feeling Skoocha’s ever had. If this is anything like being a pilot, Skoocha may soon have the same dream as Strider (see Daily Ewok #39). Even if Skoocha never does fly a starship, with his leafy wings, he will always get to experience the thrill of flying! 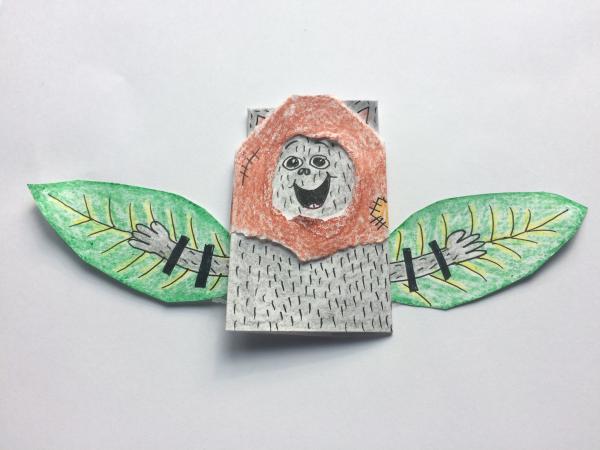