Guess what this ewok’s new obsession is. Yep, those two little pet fish in that bowl. Jake here captured these freshwater friends from one of the many ponds on Endor. Since then, Jake has been staring at them nonstop. He doesn’t really care that they’re small, or that they don’t do much. To Jake, they’re fascinating. He’s gotten them the nicest bowl he could find, feeds them twice a day, and even takes them for walks (don’t ask). One thing Jake didn’t do very well for his fish was their naming. It’s like he got his naming skills from Ninny! (see Daily Ewok #52) Jake’s precious fishes’ names are: Fishy One, and Fishy Two. As you can see, some real thought went into those two! Nice job Jake! 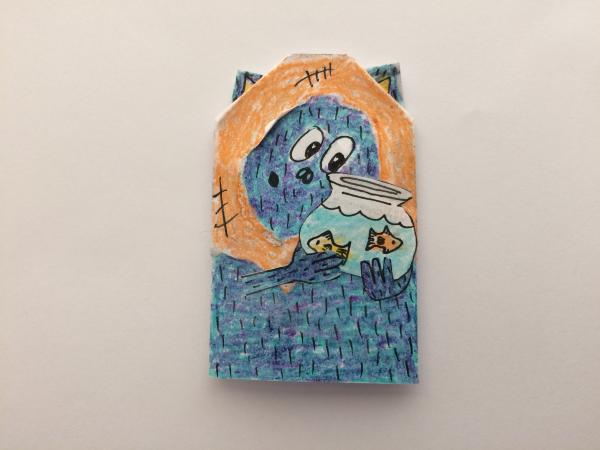