Cool outfit, but weird name. That’s the story of Ninny’s life. Yes, Ninny is the name this ewok chose for himself when he decided to become a ninja. Why he couldn’t think of a cooler name I have no idea. Ninny’s other ideas for names were Nimrod, Nitwit, and Nincompoop, so technically, he picked the best one. He really doesn’t get the point of names, and how big of a deal they are to others. But are names really that important? Ninny is a great ninja, despite his poor name choice. He could just as well have had a cool name and been a terrible ninja. Names don’t reflect who someone is, they aren’t limitations or boundaries of any kind. In reality, anyone could be anything no matter what their name is. The purpose of a name is not to hold someone back, but to give others a quick way to remember them. At first, other ewoks might judge Ninny based on how funny his name sounds, but if they take the time to really get to know him, they’ll figure out that there is more to him than his name! Also, no one makes fun of Ninny for his name, because, well, he’s a ninja. They know what martial arts he is capable of, and don’t want him practicing it on them! 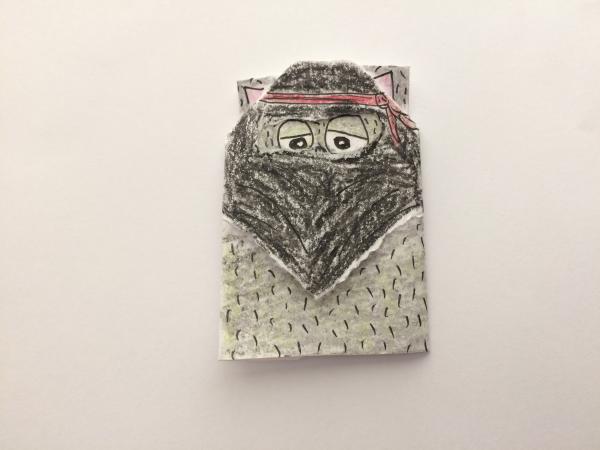