As obvious by his expression, Torkus here is holding his breath. His record as of now is a minute and a half, which is pretty good considering the tiny lung capacity that ewoks have. Now, Torkus isn’t holding his breath because of sone dare, like Philip would be (see Daily Ewok #33), but he is actually in training. Torkus wants to be a scuba diver, exploring the lakes and rivers of Endor. To get officially licensed though, he needs to pass the scuba test, which includes having to stay underwater for up to two minutes. That’s why he’s practicing, to bump up record so he can pass. Hopefully, Torkus will pass the test, and not pass out in the process! 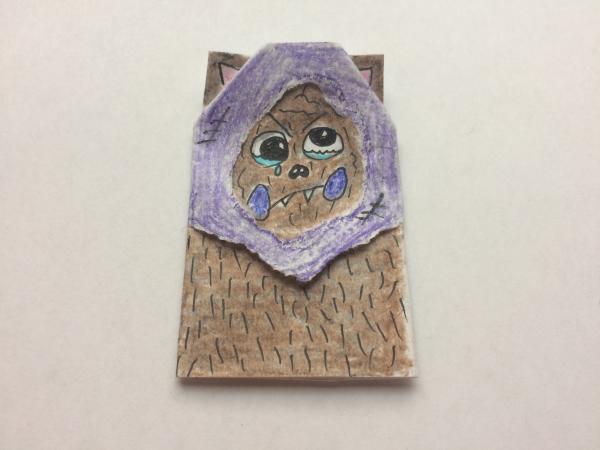