With a face like this, how could an ewok be named anything other than Droopy? Well, at least that’s what Droopy’s parents thought when he was born! Although he looks just about as sad as Owen (see Daily Ewok #5), he’s actually quite happy. (Buy the way, Owen is feeling much better now. Thank you for cheering him up.) Droopy has a rare medical condition that causes his face muscles to be slack and unresponsive. He can still talk, but facial expression-wise, he can’t do much. On the positive side, no one makes fun of Droopy for his face. Everybody assumes that he’s sad, so they just feel bad for him (despite Droopy telling them over and over that he’s fine!) 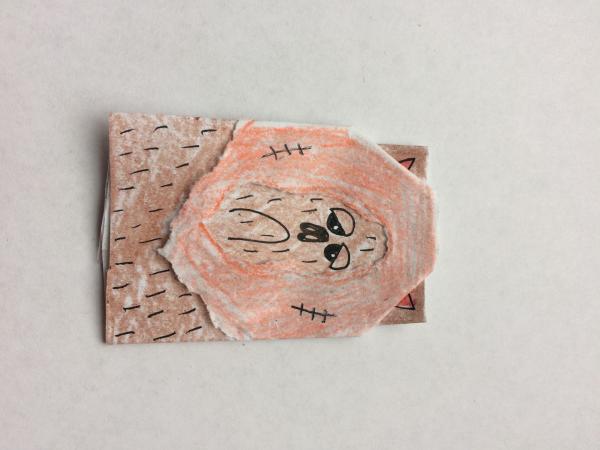