I feel like Origami Yoda is slowly dying. We need to keep it alive. Tom it would help if you made a sequel series involving life without Origami Yoda.
Comment if you still like and read the series.
P.S. Since I just started making origami again, I have nothing to post, so enjoy the picture of a pug. 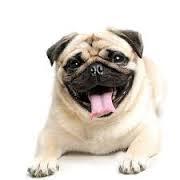