I was just bored so i went to the library and took evry origami yoda book they had. if i get 50 comments of anything, (stooky, fizzpop, waffle-tastic, instructions plz) i will fold the rest of the book instruction. Huury, cause this ends the 25 of agust!!!!! (Emperor Pickletine, Yoda, Jabba, Darth, and princess lablemaker. 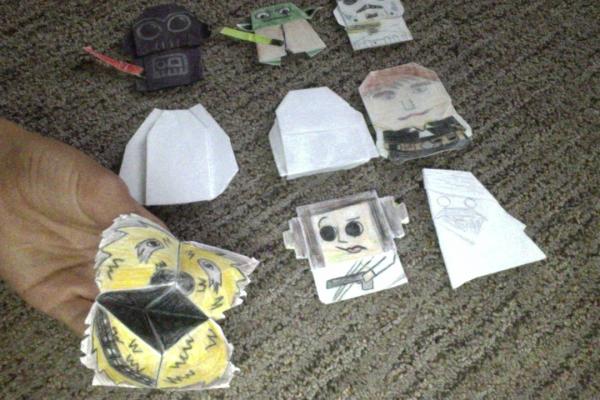