This is the Yoda from an alternate universe I made up, where Dwight never escaped from Tippet Academy. Everyone is put into mass panic. After everybody calmed down, a new person rises from the ashes (and baked beans). He claims his name is Francis, and he has an Anti Origami Yoda. It starts out with some really good ideas, but not so good results. Everyone thinks it can’t see the future, and everyone abandons him. But, someone stays behind with him: Harvey. Harvey and Darth Paper feed Francis and Anti Origami Yoda with terrible ideas. They then conquer the school. With Anti Origami Yoda then becomes the Class President, and has more power then he ever has had. With Origami Stormtroopers and a Snottrooper as the general, the school is in chaos. Rabbski even resigns from her job as the principal! Now, Tommy and Kellen have to get Dwight and Origami Yoda back, or the entire school will be in completely in ruins. A different rebellion has started… 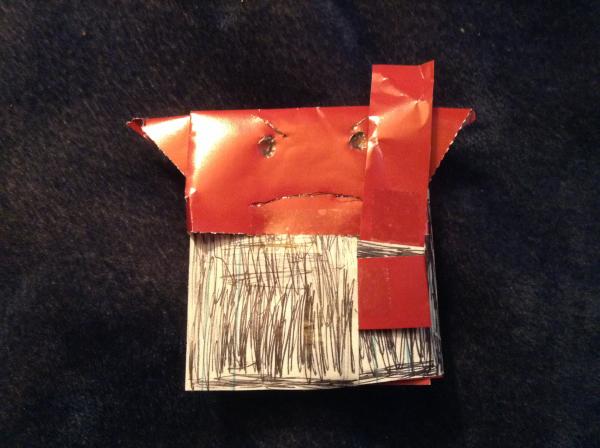