It took me a while to post this and I’m sorry about that. There was a problem with my password and i couldn’t get on my account.
anyway, It took me awhile to draw this picture, but I’m really proud of it.As you can see, i drew a picture of Ahsoka in the episode where she leaves the Jedi. Or so we think. recently in star wars rebels she comes back as an adult. I wasn’t so surprised when she came back.I knew that someday she would have to. people loved her She had become very strong with the force as we see. she almost killed 2 inquisitors at once! I thought i should draw this strong female Jedi, and i did! I worked hard on it and i hope you like it1 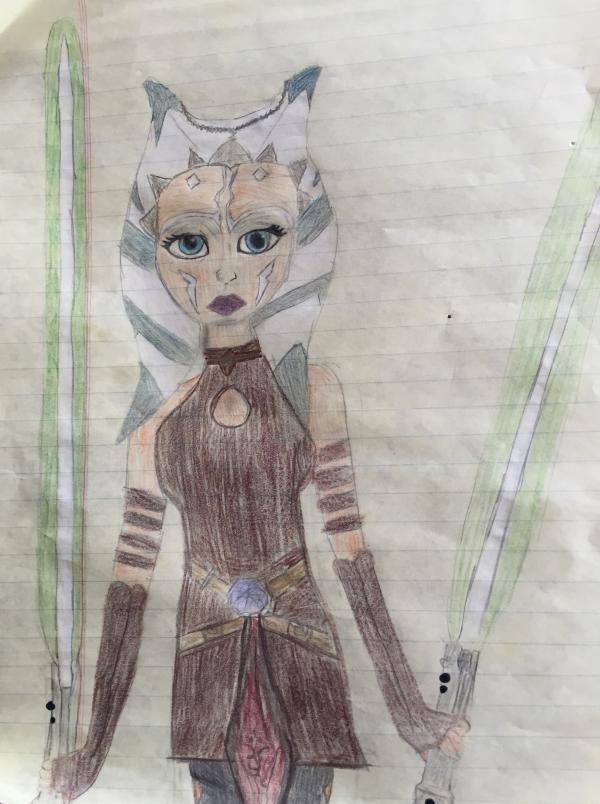