6 Facts no one knew about Star Wars

These facts were supposed to be for the movies but never made it for the final draft.

#1. At the end of Ep.6 after Luke kills Vader, Luke puts on the helmet and becomes the new ruler of the galaxy.

# 2. In Ep.6 when Luke is fighting Vader, Obi-Wan and Yoda come back to life to support Luke into defeating Vader.

# 4. Some of the Sarlacc’s arms where supposed to be robotic, but Lucas said it was expensive and decided to put someone under the sarlacc pit and use that person’s ankle as a tenticle. (They put a cloth on his ankle to make it look like a tenticle)

# 5. They wanted a famous person for unmasked Vader.

# 6. Everyone who played in episode 6 hated ewoks except Lucas. 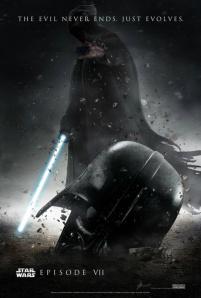