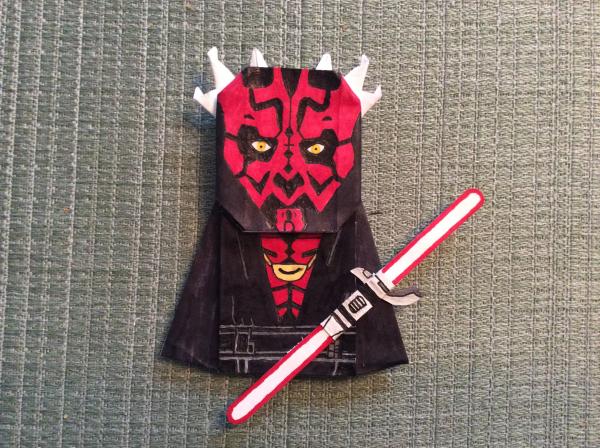 SFs! Have you seen how amazing Darth Maul origami has been getting lately?

Here’s a new one from Stingray. Wow! It’s spectacular:

And Stingray says he learned it from Nick_The_Jedi. That’s Nick’s UP TOP. Nick really made some amazing improvements to Darth Maul… AND he made instructions on how to do it.

What’s cool is that he adapted his from mine, which was adapted from NathanielW…. and so on.

Amazing how we have all worked together over the last 10 YEARS to really make an amazing galaxy of Star Wars origami!!!!