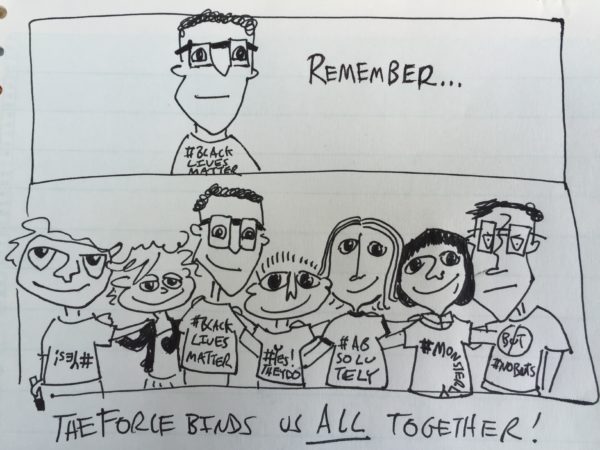 This post is from 4 years ago….  America still hasn’t fixed itself. In many ways, it’s worse. But you SFs can do better than my generation did… I hope you do.

SFs… Our country is going through a rough time and it’s hard for me to know what to say. But I have to say something.

We have a rule to keep politics off of this site, but this shouldn’t be political. Three words — Black Lives Matter — that are undeniably true… so why are they political or controversial? I don’t know. I wish they weren’t.

And Kellen shouldn’t be the only one saying “Black Lives Matter.”

This IS a rough time, SFs, but remember love wins, friendships endure and… the Force will be with you… always.