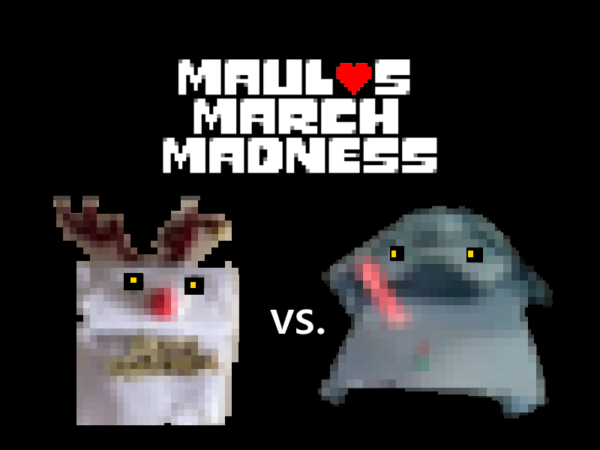 Two have made it this far…

Only one will walk away a CHAMPION! 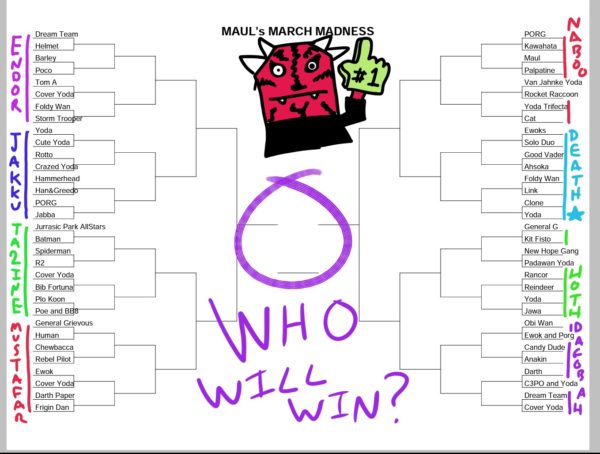 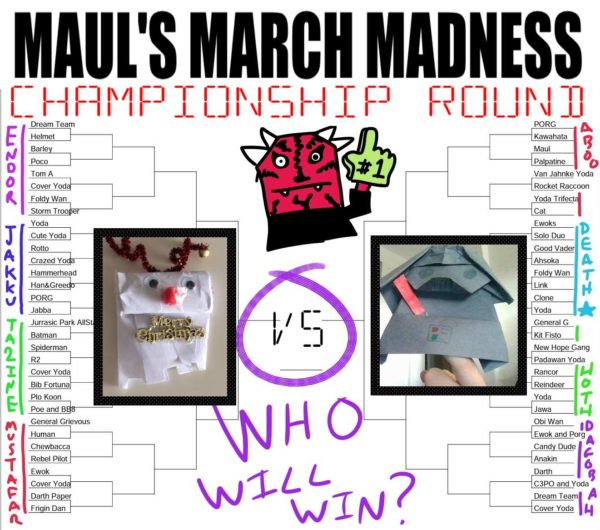 Just a reminder… this has all been for fun. The contests were decided with a coin flip. No piece of origami has been declared “better” than any other piece.

BUT you have to admit that our finalists are both STOOKY!!!! A crisply folded DARTH PAPER and a REINDEER!!!! Where else? Huh, you think stuff like this happens at Hogwarts? The Batcave? Greg Hefley’s house? Heck, no! This is the bizarre McQuarrie Multiverse!

I don’t know if you SFS have enjoyed MMM, but I sure have. I’ve missed goofing around with these characters, esp. Bobba and Bossk! But also, Darth Paper and Reindeer and Rancor and Bib Fortuna and Poco and on and on…

Maybe I shouldn’t have spent so much time on this… but it just struck me as being fun. And it was!

But now…. FUNTIME is over… it’s time to flip that final coin.

Only one can win the prize: 11 months on EVERY page of origamiyoda.com! 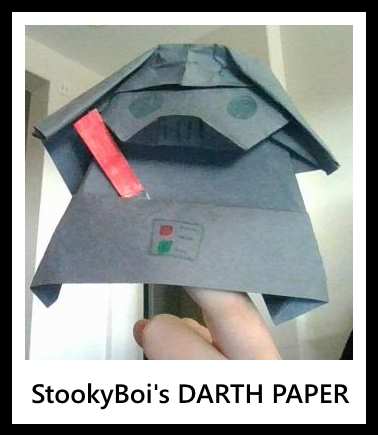 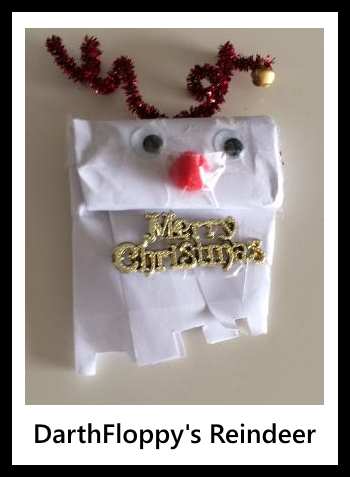 DARTH WINS IT ALL!

Aw, it looks like DARTH and REINDEER are going to shake hands… or hooves… or droid hands… or… oh, forget it, they’re hugging!

Congratulations, STOOKYBOI! Thanks to everyone who played or read along…