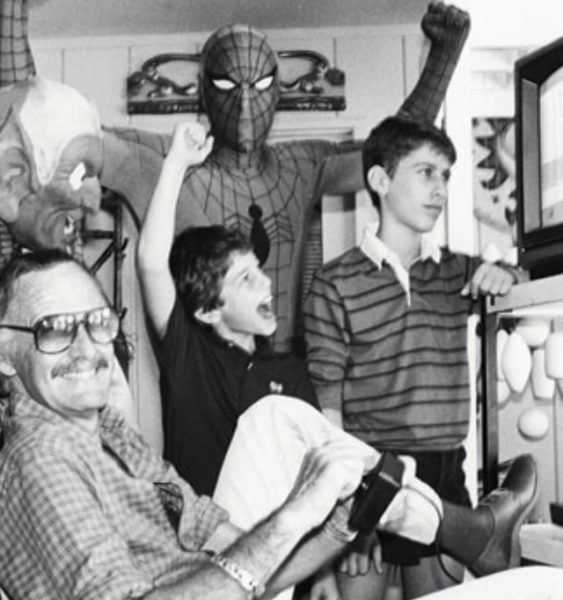 PS: from wikipedia:
The first superheroes Lee and artist Jack Kirby created together were the Fantastic Four, based on a previous Kirby superhero team, Challengers of the Unknown, published by DC Comics.[37] The team’s immediate popularity[38] led Lee and Marvel’s illustrators to produce a cavalcade of new titles. Again working with Kirby, Lee co-created the Hulk,[39] Thor,[40] Iron Man,[41] and the X-Men;[42] with Bill Everett, Daredevil;[43] and with Steve Ditko, Doctor Strange[44] and Marvel’s most successful character, Spider-Man,[45] all of whom lived in a thoroughly shared universe.[46] Lee and Kirby gathered several of their newly created characters together into the team title The Avengers[47] and would revive characters from the 1940s such as the Sub-Mariner[48] and Captain America.[49] Years later, Kirby and Lee would contest who deserved credit for creating The Fantastic Four.[50]