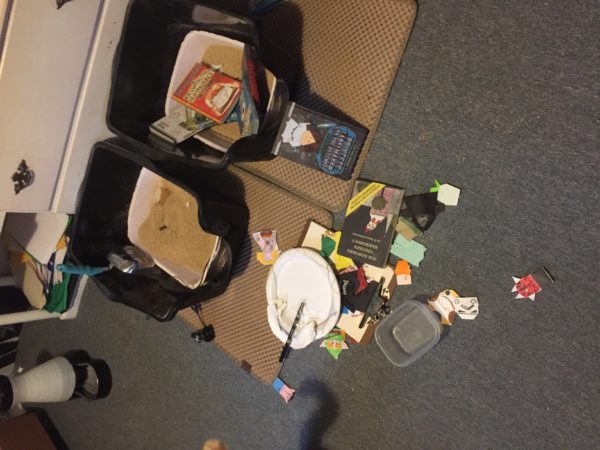 Yep, that’s the actual COVER Pickletine puppet in the middle of the CATastrophic mess that was once my office!!

How did this happen?

A while back my “office” was taken over by cats. They trashed it repeatedly and I had to pack a lot of my stuff up.

One box of stuff was on a bureau high above the kitty litter boxes.It didn’t have a lid, but months went by and the cats never messed it up.

Also found in the mess: Darth Maul, a Porg and Spock!!

As for my books… don’t worry the kitty poo broke their fall!!!