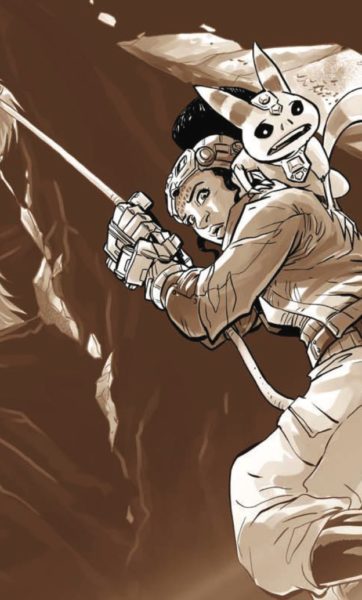 Hey SFs! We’re getting closer and closer to release day for The Mighty Chewbacca and the Forest of Fear! 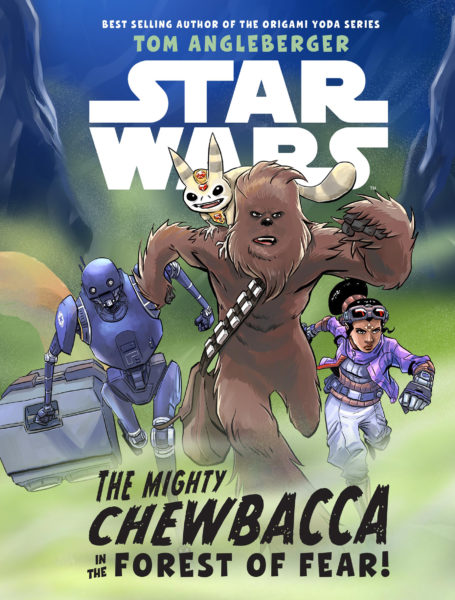 You know Chewie, of course, and probably K-2, the Rebel droid from Rogue One.
And you may recognize the Tooka Cat from Clone Wars … or as a relative of the LothCats from Rebels.
But the kid on the right you haven’t met YET!

She’s Mayv. She described as a bounty hunter/librarian… but that barely covers it. She doesn’t have Force powers or special training or weapons… but she has a strong reason for joining Chewie on his quest into the F of F!!!