From the OY Archives! 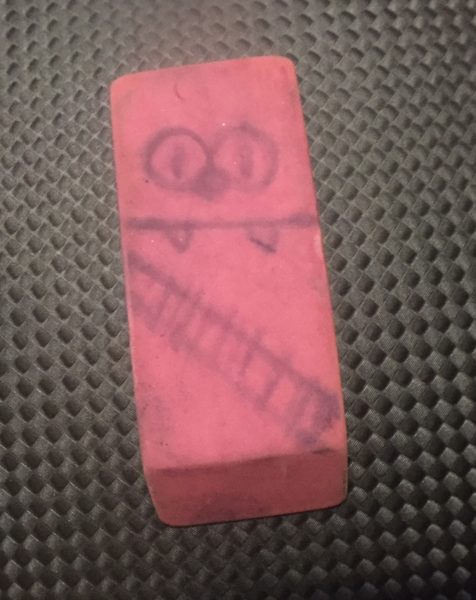 Hey SFs… I was cleaning up a bit the other day and found some stuff I thought you might be interested in.
Up top is the eraser used for Art2D2!

Here is a scratch-n-sniff pickle-scented sticker of Emperor Pickletine. 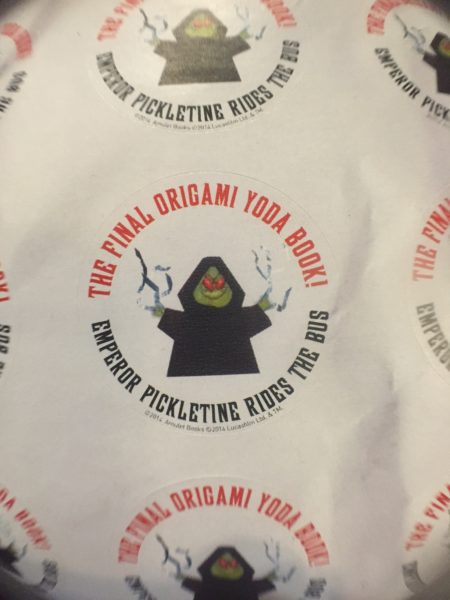 And this page of scribbles appears to be notes for Jabba the Puppett. 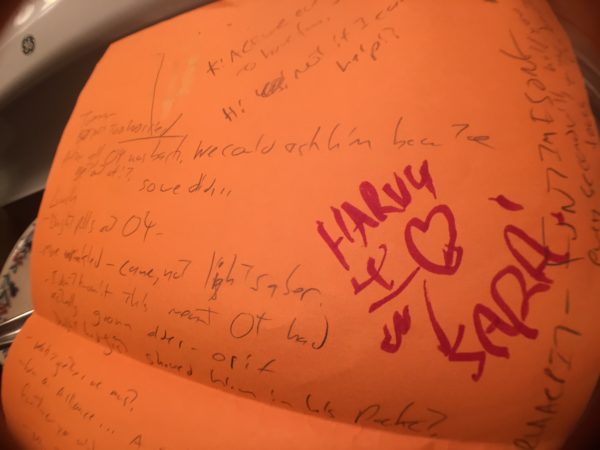 The shocking thing is the note that says Harvey Loves Sara. This may be when I first realized it. Or maybe when I first decided to really put it into the books.

The two books: Jabba the Puppett and Princess Labelmaker were originally going to be ONE BOOK starring…. Foldy Wan!
But the book just got too big! There was so much story and so I split it up into two books so I could tell the whole story.

Some SFs may remember the crazy time when I accidentally posted the manuscript for the book on the Website!!!!! Oh man, that was nuts.