10 Years! 20+ Books! It’s my tenth anniversary as a published author! 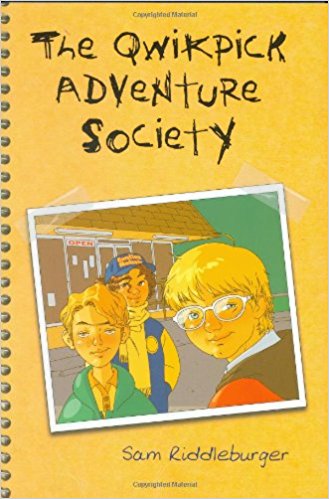 The book was called The Qwikpick Adventure Society and the author’s name was Sam Riddleburger. (That was just me, of course.(No relation to Webmaster Sam))

It was a tough time. Wimpy Kid #1 had just come out

Since then, Qwikpick has been republished under my real name as Qwikpick Paper: Poop Fountain. And two Qwikpick sequels — Rat with a Human Face and To Kick A Corpse — have also come out.

And, I’ve done a mystery (Horton Halpott), a political thriller (Fake Mustache), a Sci-Fi (Fuzzy with Paul Dellinger), a time travel civil war extravaganza (Stonewall Hinkleman with Michael Hemphill), a Star Wars novelization (Return of the Jedi: Beware The Power of the Darkside!) and the three crazeee Inspector Flytrap books with Cece.

Not to mention, two picture books: McToad and Crankee Doodle!

It has been a GREAT 10 YEARS!!!!! And you SuperFolders have been a huge part of that!!!! I could not have done it without you!