Clone Wars is NOT leaving NetFlix! 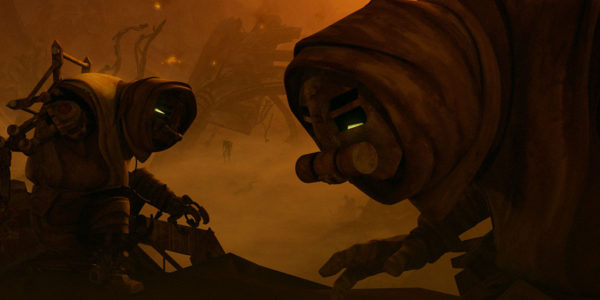 Rumor had it that Clone Wars was going off NetFlix. But now it looks like it’s staying!

For some of you younger folks, it will be hard to understand how important Clone Wars was, especially to OrigamiYoda..com and the Origami Yoda series. At a time when there were no new movies or even the chance of new movies, Clone Wars was keeping the excitement alive and giving us new stuff to fold. Ahsoka and Ventress both ended up IN THE BOOKS because they were what Kellen and his friends were watching in the books AND what a lot of us SuperFolders were folding for the site.

Thinking that the show might disappear from NetFlix, I went back and watched some favorite episodes last night.
One of my favorites BROTHERS! Savage Opress goes looking for his maybe-not-dead brother, DARTH MAUL! AMAZING! Wish it had been a two-parter just so we could watch the Junkers and Fire-breathers a little longer…

Some other favorites I had rewatched recently feature R2 and a bunch of other astromechs on their own mission. It starts with a season 5 epsiode called: Secret Weapons! Great stuff!