All my books…. almost! 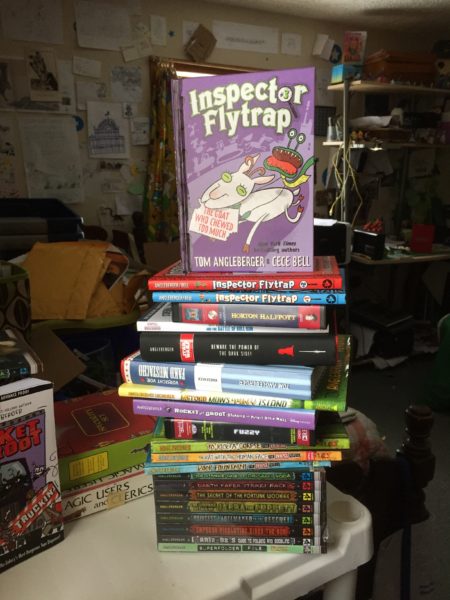 There it is, folks. The big stack! That’s what I’ve accomplished so far. Has anyone read all of them? Can anyone even name all of them?

A few notes:
Crankee Doodle is missing from the picture.

The bottom “book” doesn’t count since it’s blank origami paper. Useful for folding stuff, of course, but no words in it.

The things that says “Magic Users and Clerics” isn’t a book, it’s a box of D&D figures I should have moved out of the way…

My NEXT book — Rocket and Groot: Keep on Truckin’ — can be seen with preliminary cover in the lower left. It’ll look a lot different when it hits stores in April.

My next, next book isn’t even a book yet.

And my next, next, next book is still being written…. but I think/hope you’re going to like it!