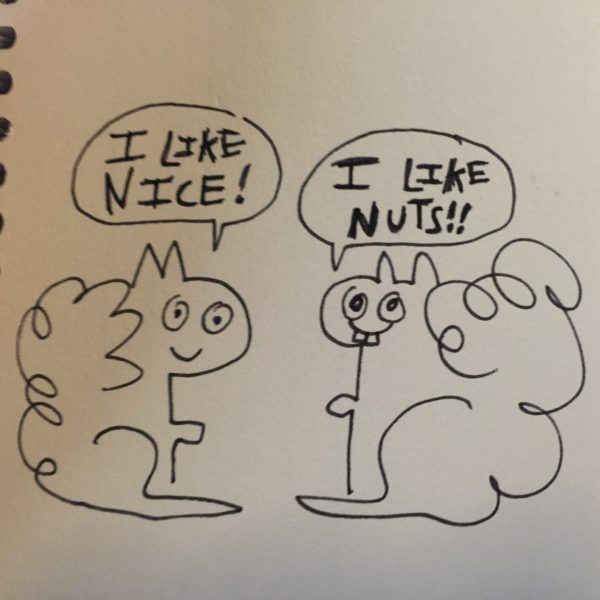 Hello SFs, as you know, I have tried to keep politics off this site.

But the whole world just changed and there’s something I’d like to say about it. It’s not as nice as it was before.

Don’t worry, I’m not going to talk about Trump’s ability to be president or blame you if you supported him.

But we do need to talk about the need for some NICE right now. A whole lot of NICE if possible.

Adults just elected someone who bullies, mocks and threatens people who are like the characters in my books. In fact, Trump seems to attack anyone who is different than himself.

If there’s any lesson in the Origami Yoda books, it’s probably: “Don’t do that.”

Of course the other lesson, and the lesson of all of Star Wars, is: “Beware the Power of the Dark Side.”

So, since we can’t turn to anger or hate, we’ll just have to be NICE. And some kids you know may REALLY need a little extra nice right now. Even if you and your family supported Trump, you are not their enemy and they are not yours.

Be actively on the lookout for kids who need a little more nice.

Maybe you have a friend like Rhondella, whose parents are immigrants. She’s probably unsure about her future right now.

Maybe you have a friend like Kellen, who is African-American. Or like Amy, who is Jewish. They’re upset that the KKK and neo-Nazi’s favorite candidate won.

Maybe you have a friend like Mike, who is a Christian, but wouldn’t have supported Trump. He may be feeling pretty lonely right now, like he doesn’t fit in on either “side.”

Maybe you have a friend like Murky, who is Muslim. (And may possibly someday decide that he is gay. Or maybe not. He isn’t to that point yet, but he’s already been bullied.) He’s got a lot of reasons to worry about this whole nostrul situation.

Maybe you have a friend like Caroline, who has a disability. She’s hurt because Trump has mocked her specific disability before.

Maybe you have a friend like Dwight, who is … well, not normal.

Or maybe YOU are like one of these characters!

A little niceness could go a long way for any of these kids right now!

We are all going to need niceness to get through this. So keep an eye out for someone who needs something extra from you! Maybe give them some origami. Or even just a smile.

And if you see any of these people being bullied…. that’s when they need you the most.

You are SuperFolders and YOU have special powers. Use them wisely to help the rest of the world.

The NICE will be with you… always….