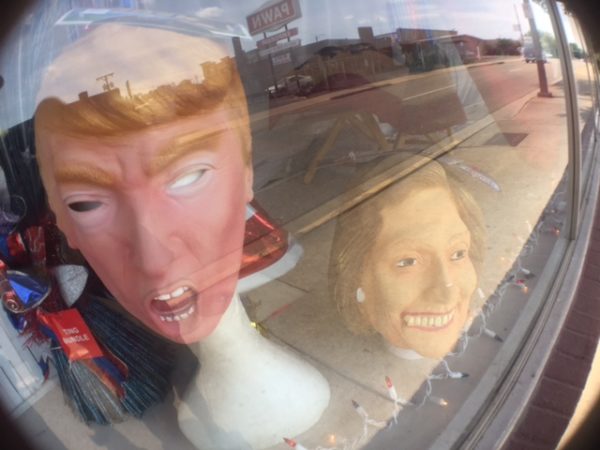 Hey SFs…. Some of you may have seen my book Fake Mustache which is about a kid with a Fake Mustache trying to become president …. and take over the world! MWA HA HA!

8 years ago, the books was inspired by two main things:

1. Glenn’s Fair Price Store and other odd places in Harrisonburg VA, which was the closest city to where I grew up.
2. The 2008 Presidential election (which seemed wacky at the time, but seems pretty dull compared to this year’s frenzy)

Well, it’s come full circle now. Today, when I visited Glenn’s Fair Price Store — Hilary and Donald were there in the window waiting for me!

I didn’t buy either of those masks. Nor did I need any new Fake Mustaches: 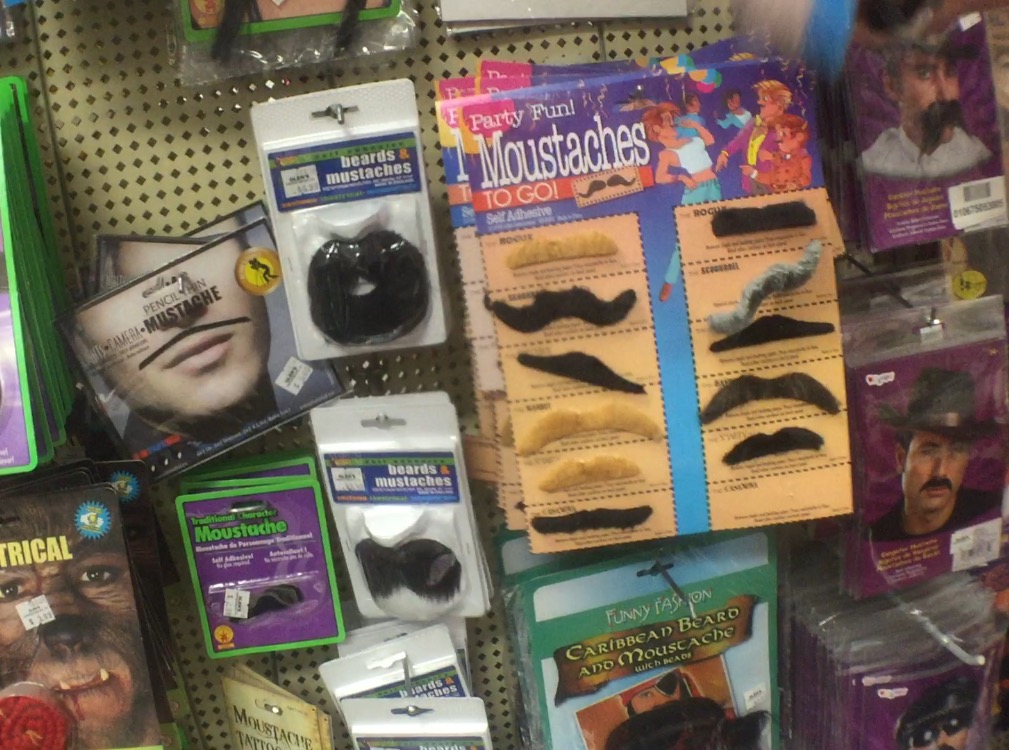 But there is always a lot to see at Glenn’s… sometimes TOO Much to take in all at once: 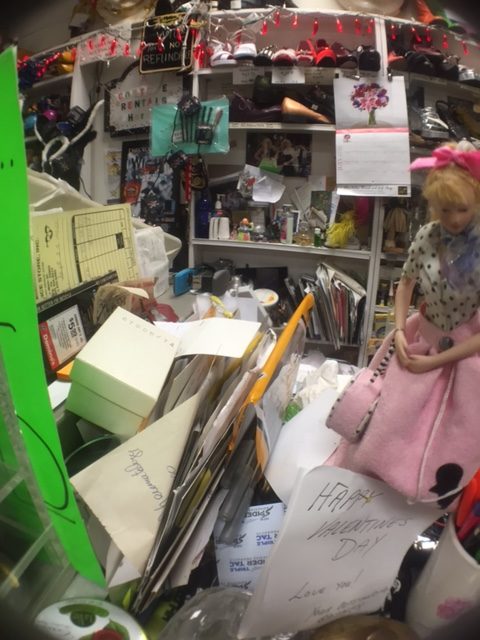 And of course lots of disguises if you have to go undercover to stop your best friend from taking over the world: 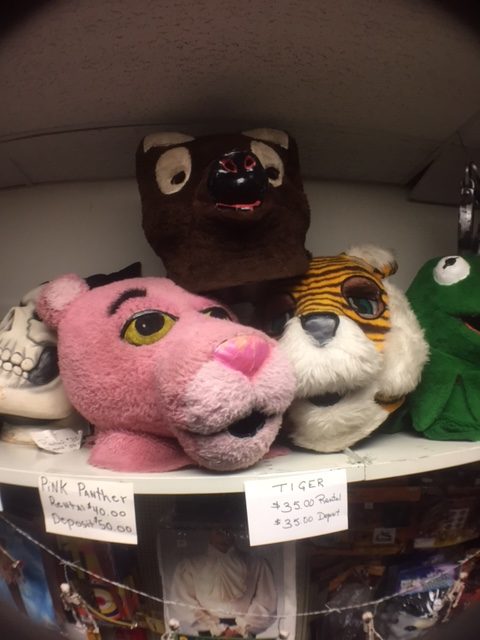 Bizarrely, that wasn’t the only place where truth and fiction merged.
You may recall that our hero goes to a Chinese Buffet and uses a sticky hand to try to grab some Crab Rangoon.

Well… We ate at a Chinese Buffet, I got some Crab Rangoon and then on the way out we noticed this vending machine in the restaurant entryway: 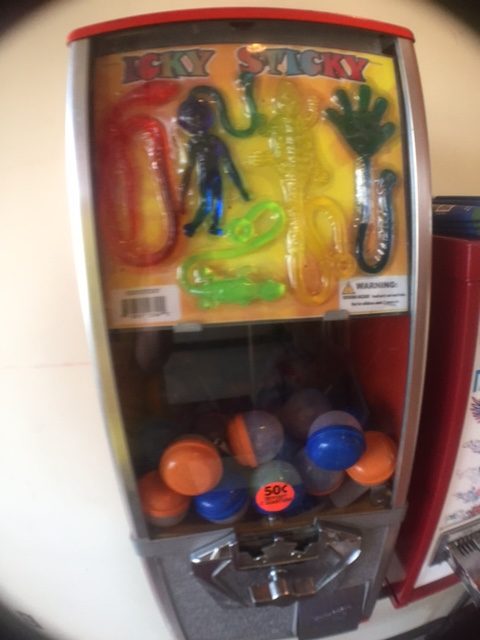 So my guess is that the entire book is coming true, so you should run out and buy it so you’ll know what happens next!