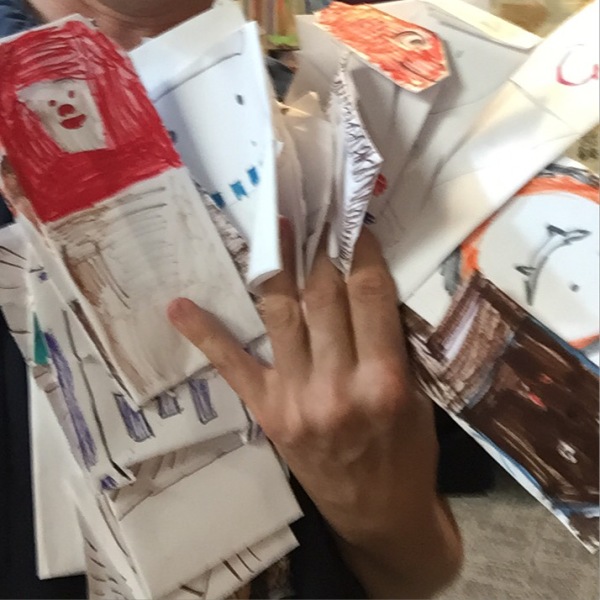 I’m just back from the Ann Arbor Comics Arts Fest — which was a lot of fun!

I held a workshop that was half drawing crazy Rocket and Groot pictures and half folding Star Wars origami. Hopefully there is a picture up top of me holding a big handful of the origami that the workshoppers made!

And of course Cece “El Deafo” Bell was there, too. And she has some BIG news. El Deafo is #1 on the NYT Paperback Graphic Novels Bestsellers List right now!

On a side note: while I was in Michigan, I went to the Henry Ford Museum. It is amazing and has a LOT more than just Ford stuff. If you’re ever near Detroit, you should try to go. We planned to spend 1 day, but had to come back the next day to see more. (And we still didn’t see it all)

I’m just home long enough to fuss at Webmaster Sam for not watering the plants and not replacing all the chips he ate. Tomorrow, I’m headed to Florida to tell librarians about Rocket and Groot 2, Inspector Flytrap and Fuzzy. (That’s the sci-fi novel I wrote with Paul Dellinger that comes out this fall.)

Now, I’m going to check out Superfolder Stookiness and see what you guys have been up to!