News from Tom plus #artvsartist 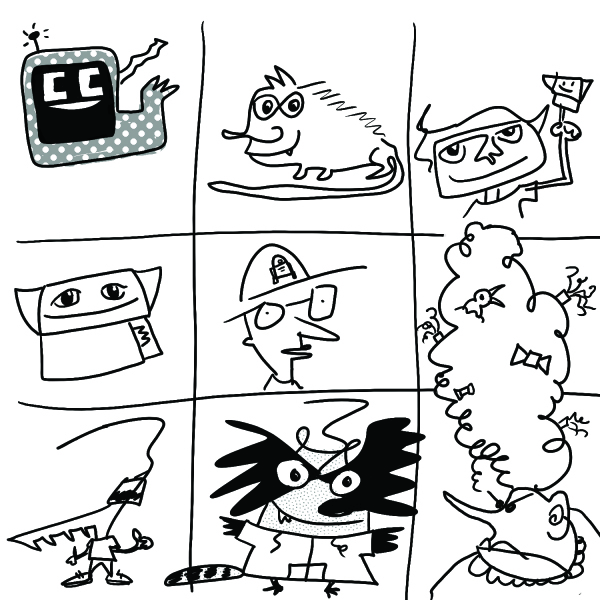 Hey SFs!!! A lot of folks online are doing this grid thing called ArtVsArtist, so I thought I’d try it to. You guys know all these characters, right? Except maybe not my old comic book character, Sawfish Larry.

1) I just got back from an event at the Eric Carle museum in Massachussetts. It was great and an incredible honor to get to go draw picture in a museum filled with art by people who REALLY know how to draw pictures!

2) Did you see the leaked pics from Rogue One? There’s some kind of little Wookiee dude in there who looks AWESOME! Plus, everything else about it looks awesome, too! I am pretty revved up!

3) Thanks for all the submissions to the Draw Rocket Like Rocket contest. I’ll probably go through them tomorrow… so if you haven’t entered you might be still able to slip yours in!

4) Preview copies of my sci-fi novel with co-author Paul Dellinger are now on the loose! Really hoping reviewers like it. But the important thing is if YOU like it! Look for it this fall. (I think this photo is by one of the Abrams publicists…)
fuzzyARCs

5) I’m currently working on drawings for Rocket and Groot 2, starting a new series and fiddling around with some picture book ideas.

Alright, SFs! Keep sending me YOUR awesome stuff and I’ll keep writing and drawing my stuff.