Some news and stuff…. 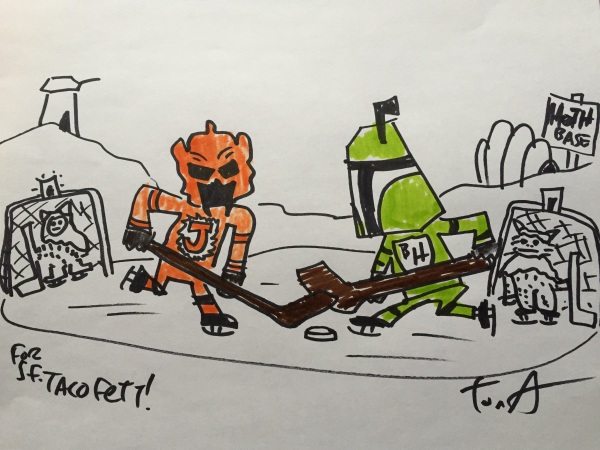 Just got back from the Rocket and Groot book tour and I’ve got a lot to tell you guys:

1) Rocket and Groot is out there and I hope you guys are enjoying it. If you see it in a store, at least pick it up so you can see what it’s like inside. (it’s nuts)

2) Isn’t that trailer for Rogue One awesome????

3) Art2-D2 should be out in paperback on Monday April 11! For some reason, it seems like some people skipped it. If you did, it’s now cheaper to grab it and make stuff. And if you bought it before but want a refill on the paper and stuff, here’s your chance. Jabba

4) The Talkzone reboot didn’t work out. I thought we had removed the link from the menu a long time ago. Sam is going to try to get it removed today. I’m glad I got to talk with a bunch of you while it was up and running!

6) The quality of the origami that is going up in SF Stookiness continues to amaze me! I think we may need to get used to Webmaster Sam only updating Stookiness once or twice a week, though. Yes, he used to do it everyday, but that was before he started training to be a stunt pilot.

7) Yes, the Draw Rocket contest is coming soon… but first here are the prizes for the last contest. Up top we have Plo Koon playing hockey on Hoth with Boba Fett (with Ewok Goalies) for SF TacoFett. And next we have Kylo Ren trying to use the Force to pick up Thor’s hammer Mjolnir for SF CJ!
(CJ and TacoFett — or anybody else– you can click on the images below to see/print a bigger version.) 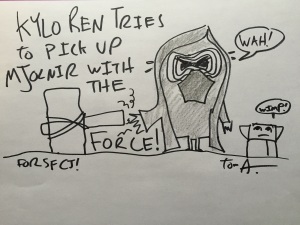 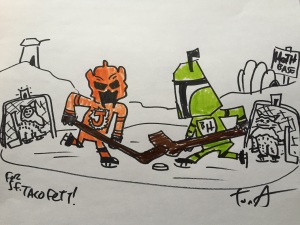