Showcase Announcement and News and stuff… 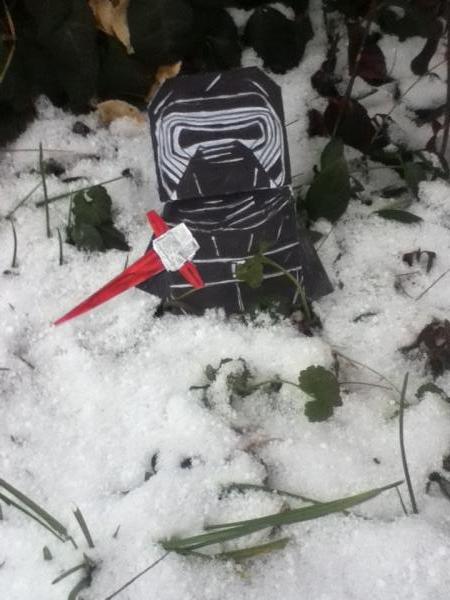 Kylo Ren in the snow, by SF LukeSkyfolder1

SF Psychofolder suggested a showcase where you make a whole origami SCENE!!!
Let’s do it!!
Make a scene from ANY movie. And I mean any Star Wars movie or ANY other movie you’re excited about.
Your scene doesn’t need to be complex, but it should look like more than just a normal origami photo. Look how effective LukeSkyfolder1’s Kylo Ren is up there! Good photography is going to be KEY here!!!

Submit it with the word SCENE in the title. (If you forget the word, Sam may not see your submission until it’s too late!)
Deadline is Feb 28!

In other news:
You may have noticed that I removed the link to the new TalkZone. It was great talking to you guys again, but it wasn’t really working out of Dojo Books to have us yakking away instead of reviewing books. I hope you guys will still head over there to review books you like!

You may have seen an origami Deadpool over in SF Stookiness. I wasn’t sure about putting it up, because in my opinion that movie is NOT APPROPRIATE for my readers. (Or for me, either!) However, since the origami was awesome, it’s still up.

Less than one month until…. ROCKET AND GROOT: STRANDED ON PLANET STRIP MALL! I really hope you guys will give it a try. It’s nothing like Origami Yoda. I tapped a whole different part of my brain for this!

Yes there will be a Rocket and Groot tour. Right now it’s planned for Virginia, North Carolina and Washington DC. Details to come!