The Future… Always in Motion It Is… but maybe this will clear a few things up! 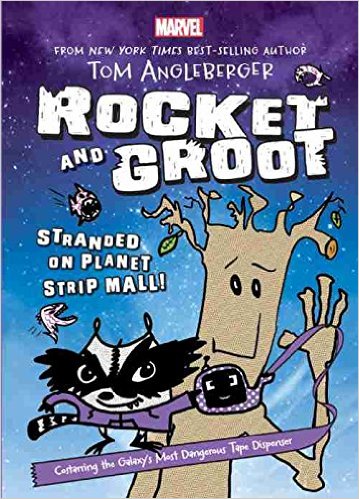 As we head into 2016, I wanted to tell you guys what I know about the future of Origami Yoda series, my other books, the Website and even… The Talkzone!

Just to be clear… none of these books is a new Origami Yoda book. The four paperbacks will be: R2, Jabba, Princess and Pickletine. Which will make the whole series available in paperback!

These are the new books that are coming out this year, roughly in the right order:

I’m very excited about this. It’s NUTS!!! It’s Rocket! It’s Groot! And they’re stuck in a never ending stripmall! And the stripmall is trying very very hard to kill them. They’ve got no weapons, no food, no money… just a tape dispenser. But this is no ordinary tape dispenser!!!!!!!!!

Qwikpick3: To Kick a Corpse (April)

This is the end of a very long journey for me. I started writing the first Qwikpick book over 10 years ago. And now, this is the last story for Lyle, Dave and Marilla. If you haven’t read any of them yet, I hope you’ll try #1 (Poop Fountain) and then read their whole story in #2 and #3.

Cece and I made these books together, so you at least know that the pictures will be great! They are meant for 1st and 2nd graders, but I hope some of you older SFs will read them, too.

Inspector Flytrap is a crime-solving Venus Flytrap plant… in a pot. To get from crimescene to crimescene he hires Nina The Goat, a goat, to push him around on a skateboard. Mayhem ensues!

Fuzzy is a novel I wrote with sci-fi author Paul Dellinger. Here’s the idea: Robots are starting to do everything, right? Vaccuum floors, drive cars, etc… Schools are already full of computers and eventually there will be more and more robots doing jobs there. From serving lunch to monitoring YOU and the other students.

And then one day, there will be a robot at school who IS a student. Why? That’s Top Secret…  But, one kid will team up with the robot student and uncover that secret and a lot more.

I’ll also be part of an anthology that will publish the EARLY work by various writers. So you’ll get to read what I wrote in middle school and you’ll be like, “I can write better than THAT!” and then you’ll be inspired to become the greatest author ever!

Now about the site:

You may have noticed that Webmaster Sam isn’t on the job as much as he used to be. He was never a fulltime webmaster and now he is busy with a lot of other things. So, be patient if Stookiness gets updated a little less often.

Will the Talkzone really be back in 2016? I hope so! I’m going to try! It will be different and may require logging into a new site, but hopefully it is going to happen and we can finally start talking to each other again!!! Stay tuned for news about that before the end of January!

Have a great year, SFs!