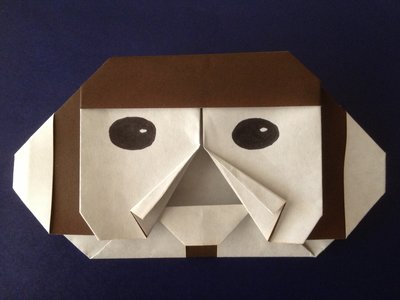 Exciting news about Star Wars Episode 7 today and not really a spoiler… just the great news that Nien Nunb will be in the movie!!

As you know, I love Nien Nunb! I think he is very important to Return of the Jedi, both as far as the plot — he’s Lando’s co-pilot in the Death Star raid — and the storytelling. And he’s just plain awesome!

In my ROTJ book, I gave him a tiny bit of a backstory and made sure he got his moment in the spotlight!

Who knows, if his character gets enough screen time maybe he could get his own Origami Yoda book!