News and Next Showcase Info! 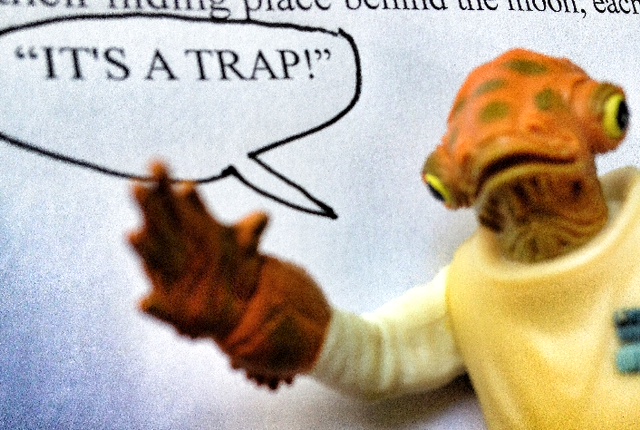 First, an apology. The Stookiness hasn’t been updated like it should lately. Webmaster Sam has a lot of stuff going on other than this site… mostly Top Secret Potato Chip Espionage… and sometimes I do too.
So, whenever you check the site and find that it’s not updated, please don’t get TOO mad.

You’ve probably seen the new banner ad! That’s for the new paperback version. And I’ll have some news soon about a new box set that is going to have a very special bonus in it for a VERY low price…

Speaking of books for sale, you may have heard that my new picture book for younger kids is out. It’s called “McToad Mows Tiny Island.” If you see it in a store, take a peek inside because Origami Yoda and Jabba the Puppett make cameo appearances.

And now we’re just TWO WEEKS away from the launch of the NEW Star Wars novels, which includes my own version of Return of the Jedi.

And so…. How about a Return of the Jedi Showcase???

Make ANY character from Return of the Jedi… just make sure to make them awesome!!!

Submit it to this site with the words RETURN OF THE JEDI in the title. This is important!!! Some people missed out on the Muppet showcase simply because the didn’t type Muppets in the title.

Deadline is SEPT 20! The showcase will go live on book launch day, Sept 22.

PS…. For Sam’s sake, see if you can take a really good photo AND have the photo rotated the right way. (Just check the camera icon before you snap the photo….)

PPS Can you believe it’s been ONE YEAR since the OY series ended with Pickletine?!?!?!?!