#ForceFridayFolds! Get an early start with SF Kotaro’s TFA Troopers! 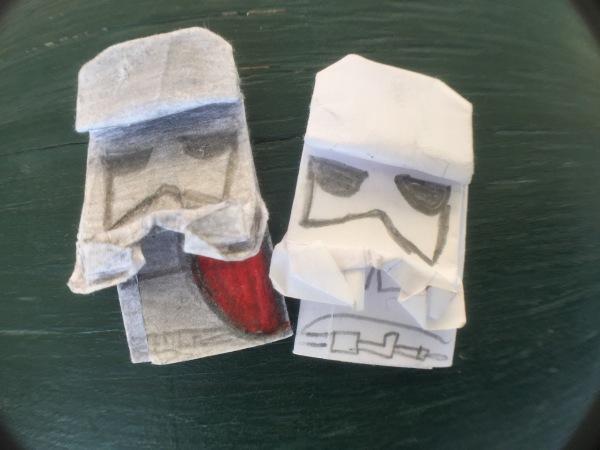 In addition to all the SFs on this site, there are also SFs making stuff but not posting it. SF Kotaro has been folding up a storm in secret… Luckily I met him in person and he showed me what he was doing… Using a modified Darth Paper fold to make the Stormtroopers from Episode 7!!

Instead of making Vader’s grill, you make the Trooper’s breathing units… Then you make a pleat fold to create the line across the helmet. Simple but SO clever! Wish I’d thought of it!!

Go ahead and fold a small army of them to go with Kylogami Ren, who debuts on #ForceFriday WITH Kellen’s instrux! 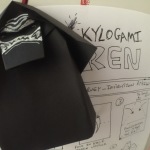