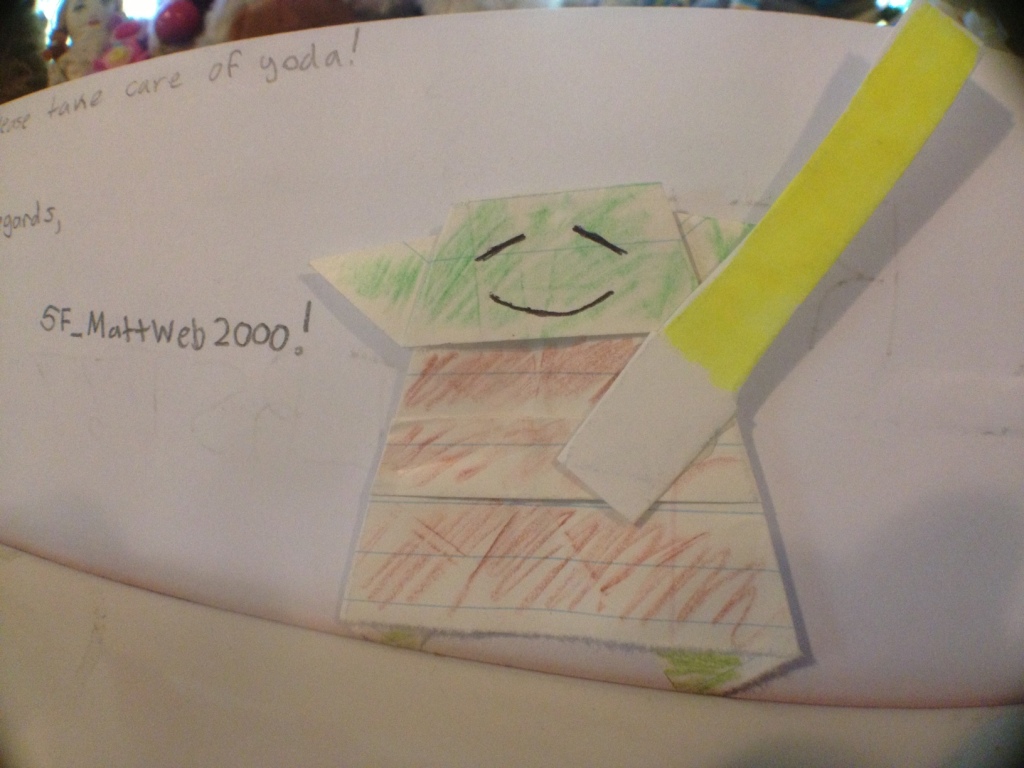 Today I sat down to answer some mail and I found this letter from MattWeb2000. It was sent before all of the recent ruckus.

I wrote back to him and told him that I understand how things can get out of hand, especially on the Internet. After all, I’ve gotten into a few online scrapes over the years myself, including the infamous Pendragon episode.

Instead of blaming MattWeb2000 or various others who have gotten into drama here, we need to realize that any page of unmoderated comments is sooner or later going to lead to trouble. And perfectly nice people who would be friends in real life end up doing and saying things they shouldn’t, hurting and getting hurt.

That’s why I’ve asked Webmaster Sam to shut down all unmoderated commenting on the site ….

I’d like to thank SF Michael and others who showed understanding and compassion for MattWeb2000. And now, let’s all do the same.

May the Force be with you, Matt!