The NEXT Showcase! WOW! 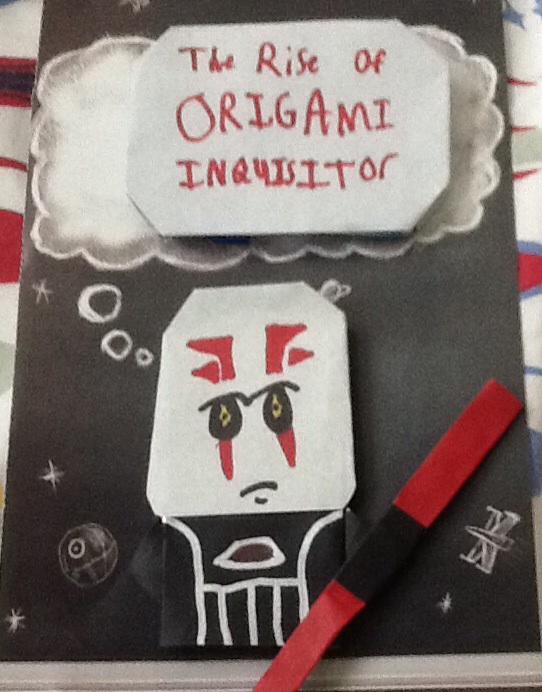 Hey SFs!!! Time to get positive around here again, so I forced Sam to finish up this Showcase. (I threatened to take away his BBQ chips…)

This Showcase is just AMAZING!

I asked SFs to show me where Origami Yoda could go NEXT and they did! I could probably go to my publisher with one of these ideas and make a deal! (But I won’t since these are YOUR ideas)

This is a great reminder of the power of the SuperFolders!!! You guys are massively, majorly and matter-of-factly STOOKY! 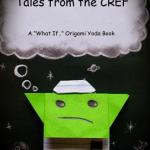 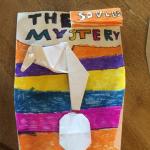 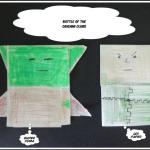 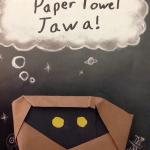 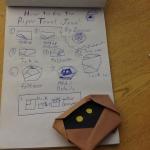 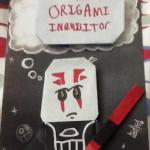 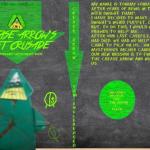 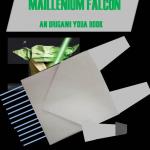 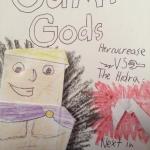 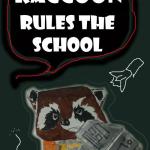 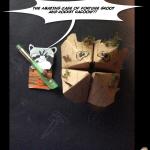 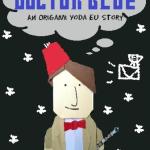 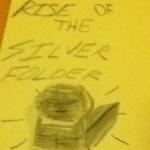 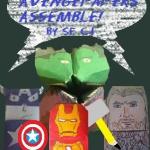 Some of these SFs sent in text with their pictures. So read on….

Woohoo!!! So, this is my cover for the next OY sequel!!!
Sora and his Dangerous Quest for the Keyblade:
Tommy, a fan of gaming and all that stuff. He discovered a Japanese video game on the shelve, and picked it up. He decided to create the main character of the game, Sora.
PS: Sora and KH belongs to Square Enix and Disney.
PSS: I am not Japanese for sure. :/
Are YOU excited for Kingdom Hearts 3???

In the book, Rhondella and Jack meet up again in Downey Middle School and are introduced to F.O.L.D. and the Avengepapers. Coming soon to an OY EU near you!

My contribution for the Future of Origami Yoda Showcase!

With Origami Yoda gone, the McQuarrie Crew expected nothing less from Dwight than to create a new origami finger puppet. But this puppet isn’t from Star Wars. It’s the Doctor; the titular character of British TV show Doctor Who. With Creasing Angels, CyberSquirrels, Dalekrillics, and other imaginary wonders “chasing” Dwight, it’s up to Tommy and Sara to determine which of these marvels is actually chasing Dwight, and see what it might have to do with the Mail-lennium Falcon’s flying away with Origami Yoda, along with other wacky sci-fi mysteries…

On his journey to Micah’s school, Origami Yoda’s ship, The Maillenium Falcon, suddenly crashes. Yoda finds himself on a densely forested planet- the planet of Naboo. Yoda begins a journey through a world that was hidden for a long time as he finds help and hope.

This Jawa of Micah’s has been giving out wisdom since the first day of school at St. Peter’s private school. But since it’s only time to be out is in or near the bathroom, it’s hard to get to have some wisdom. But still everyone has come to love this paper towel prodigy. Until at the last quarter of the year, she gets an origami Yoda! Everyone is confused. Where did the Jawa go? Has it been replaced? In this book of origami insanity, will one be triumphant, or will the Jedi and Jawa join together?

Macquarie Middle school was now holding the remains of the gang even after their new Principal ( Mr. Andrew Ultan Lange) started a high school their. The only ones remaining were Tommy, Ben, Sara, Lance (no Amy ,but they picked to go to the same collage), Caroline (who came back for High school) Dwight(who managed to not fail a grade) James, Mike , and Harvey.
Then yoda came back! (yoda talking to himself) tie knot to me to stick on backpack, Hmm. Or in I jump and see surprise face of others. Hee Hee make joke by putting fake note on me from Harvey. Hmm, that will do great, Hee Hee.
10 minutes later…
“Harvey, did you put this in my backpack” waving yoda in his face.” No I didn’t” said Harvey. “Why You… being interrupted by yoda, ” Hate leads to Dark side Hmm?” ” wha… yyyyoodaaa iss tthaatt yyouu? Just then Dwight came walking in and saw yoda. “You’re back!!!!!!!” he then started pulling yoda from Tommy’s hand and put him on his finger.” You got to tell me what you did while you were gone and tell you what we did and a new principal and and …why’d you come back this time?” ” Evil this school hasn’t overcome yet, still more to battle” yoda said. “Should we do an alliance again” questioned Harvey. ” No, remember what happened last time “said Tommy. ” ” Right Tommy is”said yoda.” Different enemy different strategy.” (BELL RINGS) ” well got to get to class” see you at lunch said Harvey.

5 periods later…
Sitting at the lunch table Tommy, Dwight, Caroline, Harvey, Sara, and Mike were waiting for the others. James, and Ben sat down. Lance was last, always. “Okay let’s see him” said James who wanted to know if he actually came back. Dwight took it out of his pocket and in the center of the table. Origami yoda cleared his throat. “Surprise you are to see me after 4 years and are wondering am fool I am for childhood imaginary getting in way of real life.” ” evil is lurking still and is winning in the shadows while know one knows.” In the force I feel evil that is coming, in the future I see people marching on field with weird pipes, I see it” ‘That’s probably our marching band” said Caroline.” Yeah” said Harvey ,we got into the football finals, I don’t think it’s evil though…” Evil it is!”, screeched origami yoda,” just don’t see yet” I can perfectly see paperwad yoda!” shouted Harvey. Everyone looked and stared luckily they didn’t see yoda ,but then the new principal came in and started looking things over. Dwight had just enough time before he came over to stuff origami yoda in his pocket. (BELL RANG) “Get to class kids” was managed to be said as the principal shuffled out right before yoda said meet on the field after school.

2 hours later…
Everyone was their on the bleachers watching football practice before Dwight showed up with yoda. “evil principal is I can prove” said origami yoda. “okay, tell me proof paperwad” sneered Harvey. Yoda getting a piece of paper and pen he whispered to Dwight to write down what came out was this…