Hey, guys. I thought I’d post another origami creation, so I posted a flying X-Wing from the “Star Wars Folded Flyers” book. You can get instructions there. If you want me to post more Star Wars paper airplanes then please drop 3 “STOOKY!”s and I will. 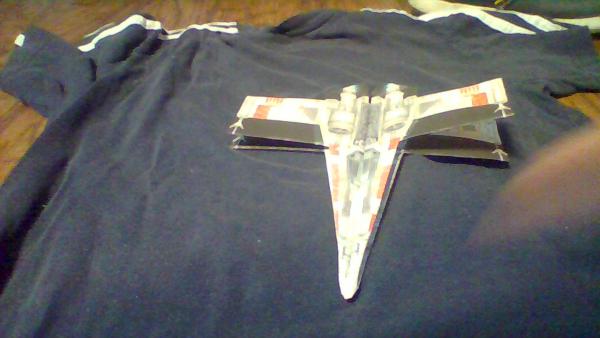