These are my 2 fav Angry Birds Transformers characters. I’ll post instrux when 15 Stookys pop up.
Origamius says, “We must defeat the Deseptohogs!”
Foldlebee says, “Let’s blow something up!!!!!” 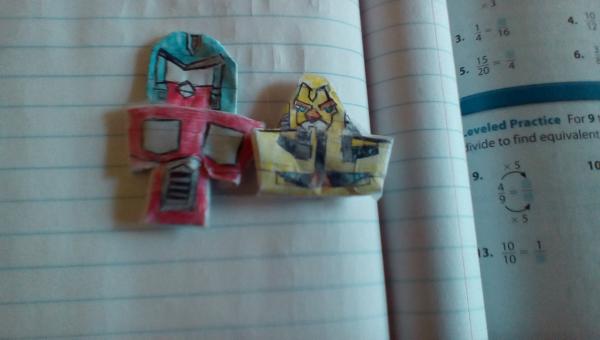